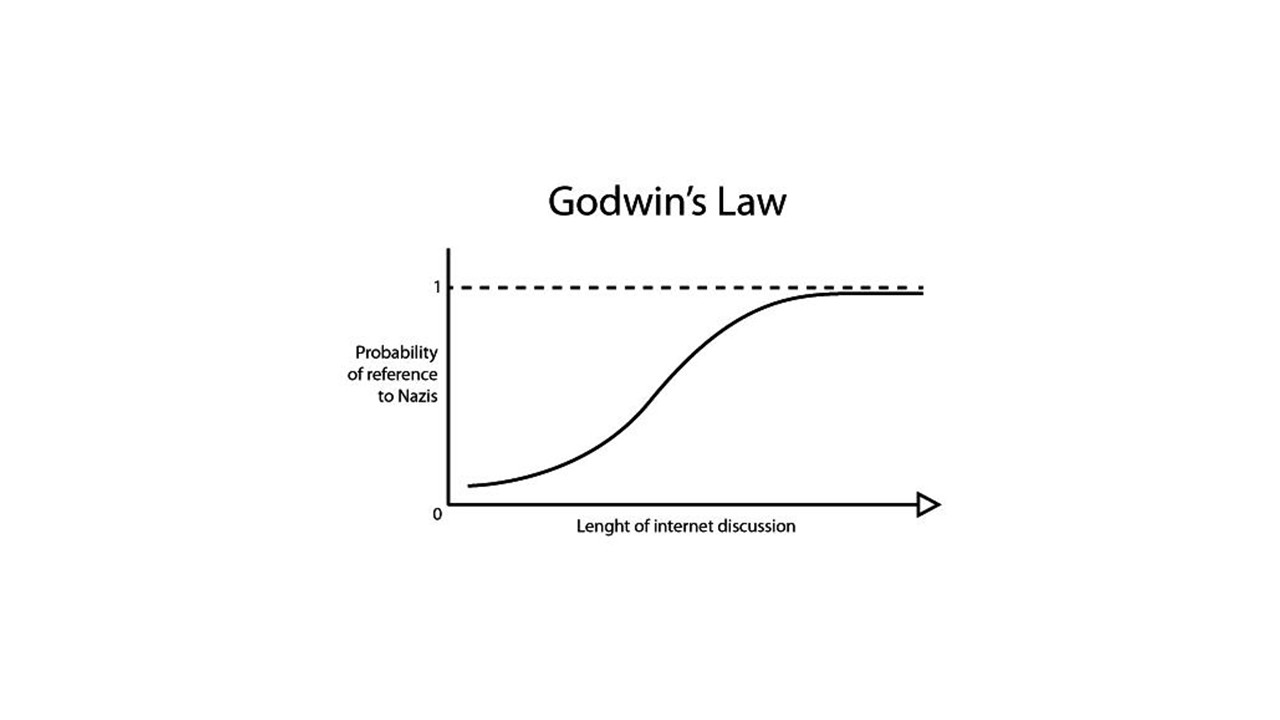 Godwins law of analogies is one of the “laws” of internet. The great web is a place which allows us to be anonymous. Anonymity allows people to, quite often, cross the border of  decent communication. You must have noticed this yourself that the arguments on forums, pages, comment sections can become heated and bad mannered.

“As an online discussion grows longer, the probability of a comparison involving Nazis or Hitler approaches 1” 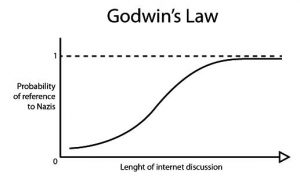 This “law” is often cited as a joke (it’s funny cause it’s true) but in online discussions it can be used as a warning against the use of flame speech or exaggerated comparisons. It refers to all online discussions, internet forums, chat rooms, comments on blogs, etc.

The rule does not say whether every single comparison with Hitler or the Nazis is in place or not, but claims that the probability of its appearance is rising.

Although such a comparison may sometimes be appropriate, Godwin claims that the excessive use of Hitler’s comparisons should be avoided, because it loses its effect from over exploitation and should be used only where the comparison is really in place.

A similar observation was made by the philosopher Leo Strauss in 1951. He noted that in the discussions, ‘argumentum ad Hitlerum’ (Strauss, 1951) is often used as a form of ad hominem attack, usually when arguments are missing.

I witnessed this behavior many times and it is closely related to the levels of disagreement in communication and usually looks like this:

“Look at that, that’s pure fascism.”

“He is worse than Hitler.”

An overview of hashtags  on Twitter #fascism or #fascists reveals the widespread use of this type of communication, or argumentation.

My advice is that, whenever you are in a communication that is ongoing and there is disagreement,  you remember this article and try to avoid comparisons that are not in place.