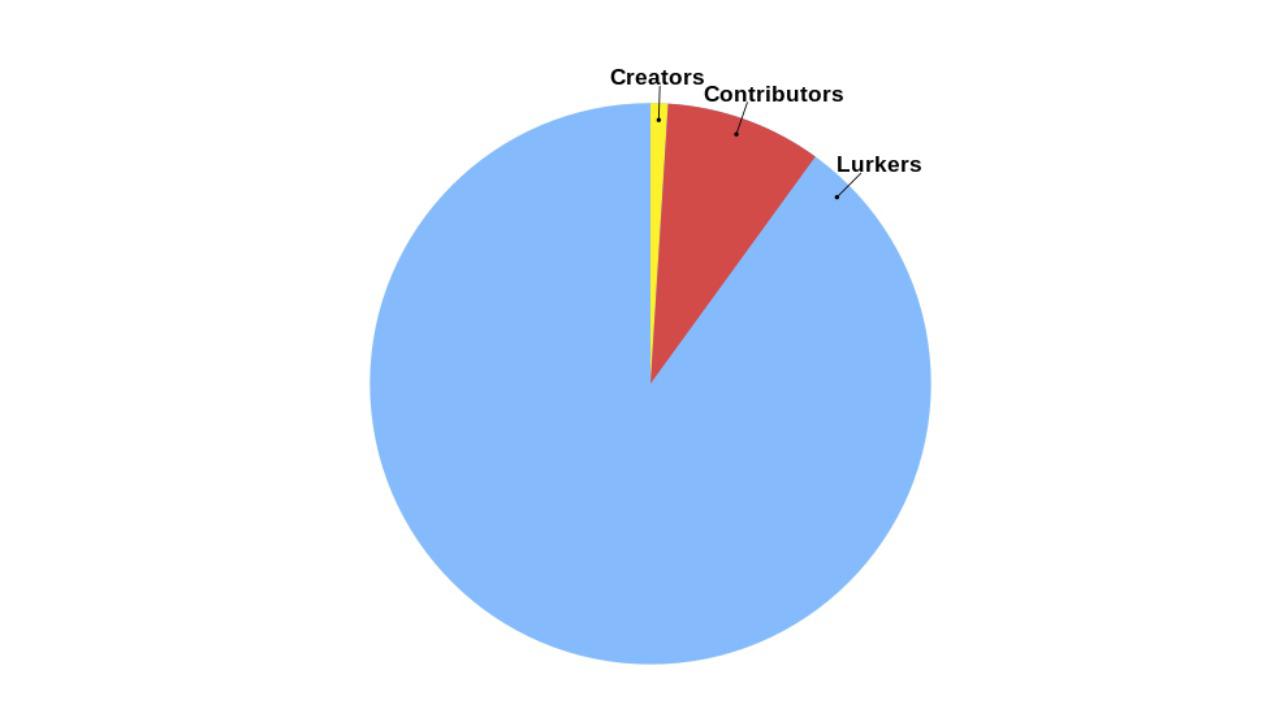 27 Oct The one per cent rule

Internet culture has certain rules, often unspoken, and considered correct. Those rules have strong empirical foundations, things noticed by people who analyse online behavior. One of those rules is the one per cent rule which will often be cited by digital and marketing ninjas.

The rule states that just one per cent of the internet users actually create content, nine per cent are contributors and the rest (ninety per cent) are just lurkers (observers – they feed on what others make). Lurkers actively soak up the content but don’t feel the need to contribute in any way.

I will give you an example. I am a twitter user, it is actually my favorite social network, and among the people that follow me a have a friend. She never tweeted, she never reacted to my tweets, she never favorited anything. When we had an accidental meeting she told me: “Oh, I enjoy your tweets very much, I read your stuff every day.” And then she quoted the ones she liked.

I was stunned. I even forgot she had a twitter account. We had absolutely zero interactions. Talking to her made me realize that the one per cent rule is correct. (Well, not just her, she is an extreme case.) That’s why internet and digital is your chance, anybody’s chance to succeed. You just have to be among the one per cent and create content for the rest. Every day, over and over, and when you think you failed it’s time to do it again.

Which reminds me to go back to writing my book.